You are here:
BlogTo do 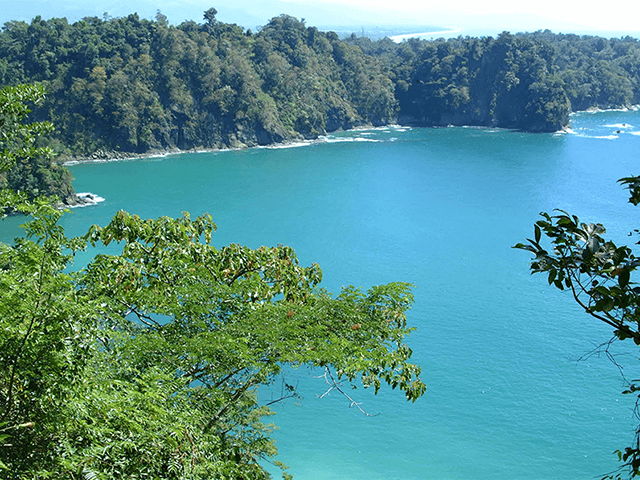 Manuel Antonio Park and Beach, magnificent nature, gorgeous beaches, warm water, monkeys, sloths… Great hotels… What else comes to mind? … Pirates! Ehhmmm… What? Yes! Pirates! Well yes! Pirates in Manuel Antonio and a hidden treasure are part of the history of this spectacular area, so maybe… When you go into Manuel Antonio next time, simply think about it and enjoy it even more!

We found in the news today that Manuel Antonio Beach was elected among the 25 most beautiful beaches in the World, according to Trip Advisor, now as said previously, we come up with many words when thinking about that glorious place… But pirates? Let us tell you the story!

We had in the Costa Rican coasts colorful pirates like Henry Morgan, Sir Francis Drake, and William Dampier. Stories, especially talking about the Pacific side about a large treasure hidden Coco’s Island have been told. However, again… Manuel Antonio?
Probably the most remarkable story is the sacking of Panama, which happened in 1670.

Now, going back in time, we have to see who in this game: While Costa Rica was very isolated (Only ways in and out of the scarce population of the region was on the Pacific side) and didn’t have any gold of silver to boast about, Panama was the bridge of all the treasures coming from North and South America. Whatever gold or jewels the Spanish caught and shipped from the Pacific coasts of Mexico or Peru had to go across Panama on the mule until it hit Portobello to load the galleons.

Henry Morgan attacked Panama around 1668, and he told survivors of this first attack that he would come back. When the Spanish heard about this, they got ready with over 2000 men to defend the city and destroyed forest areas not to give the Pirates places to hide. And in 1671, Morgan fulfilled his returning promise and despite the training of the Spanish and the chaos in the pirate lines, the Corsairs defeated the Spanish and looted the city for over two weeks.

Read here: Some of the most common animals to see in Costa Rica

And that is the end of the story… hmm no. Actually, it isn’t. It seems that the Spanish, knowing about Morgan’s coming decided to take some measures. Several monasteries and convents priests and nuns fled to Peru to save their lives. And three galleons were filed with church gold and departed. To ensure Morgan would not find where the ships were hiding, the treasure the map was burned, and the place remained a secret, until today.

But a very strong theory says that this treasure is hidden in the hills of Manuel Antonio National Park, or maybe under the beautiful hotels and the great condos.

And it is quite logical to think so.

The galleons could not be traveling with 700 tons of gold freely and happy through the Pacific Ocean. Most likely the treasure has to be hidden close by. Plus, another detail here, only in Quepos area there would have been friendly indigenous to assist with the cargo. The Church in Panama was Franciscan, the Catholic order, and the Quepos mission was also Franciscan. So, it would have been easy to move the gold thanks to the help of the Quepoa tribe in the region.

The British pirate John Clipperton did a substantial amount of research in the area and even lived there for a while, to depart finally empty-handed.

But remained convinced the legendary treasure of Panama lies unseen in the rainforests of Manuel Antonio, And until today, the saying remains in Manuel Antonio that the radio and television signals are poor because of the interference of the huge mass of precious metals. So, next time you go on a hike in this fantastic area… keep your eyes open; maybe you will discover it through the blinking reflex of the sun on the gold, or the brilliance of a pearl’s necklace hidden on the base of a tree.