Are you into MTB? Learn about “La Ruta”! It’s happening next week!

The Route of the Conquerors better known as “La Ruta de los Conquistadores” is recognized as the most important mountain bike competition in Costa Rica and one of the toughest athletic events in the planet. This multi-stage race will take place this year from November 3rd to November 5th. 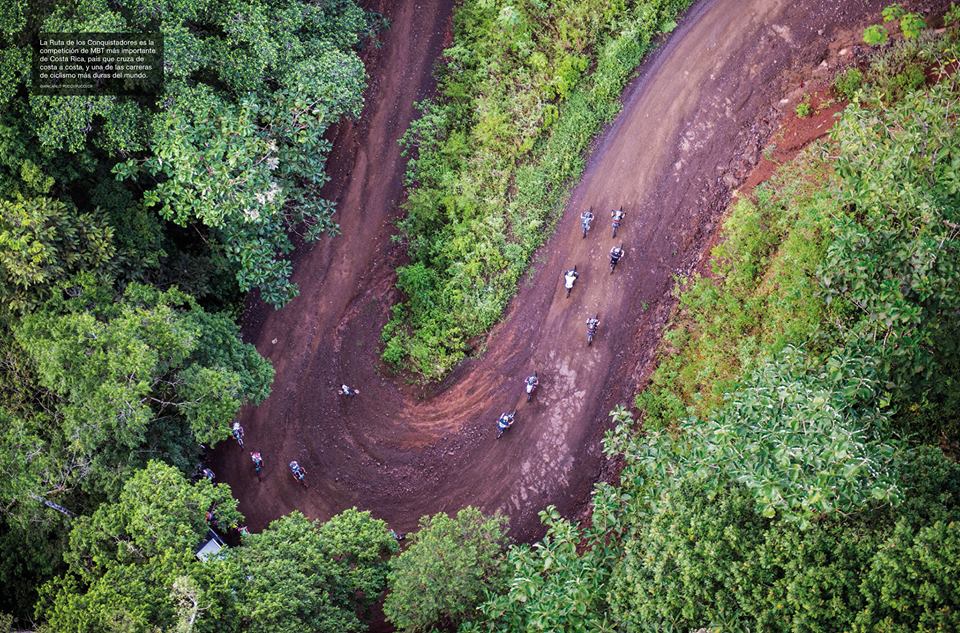 Created in 1993 by Costa Rican Roman Urbina, this event is considered the first and original multi-stage mountain bike competition in the world, this kind has since grown in popularity in different parts of the globe.

However, “La Ruta” as its commonly referred to, is the only event that takes athletes across Costa Rica, from the Pacific to the Caribbean coast. La Ruta takes competitors through 5 mountain ranges, 9 of the country’s microclimates, along 250 km (155 miles) and in total they have to climb a cumulative 29,000 feet.

The competition takes this name because it follows almost the same trails that Spanish conquistadores used to go across the country on their horses’ centuries back.

This will be the 24th edition of La Ruta, which is divided into three different stages:

The organizers expect 400 participants, the majority of them Costa Rican, in past editions foreigners have represented a 32% of the total. Around half of the competitors drop out before the end.

The weather and the challenging characteristics of the route make this a big challenge for many professional and recreational athletes, who are faced with many riding surfaces: gravel, hard-packed dirt, pavement, thigh-deep mud, single track and fire road trails.

Roman Urbina says he first created the event thinking on raising awareness on the importance of nature conservation, the expedition takes competitors through some of the most beautiful areas of Costa Rica.

This year’s edition has been dedicated to former Costa Rican goalkeeper Erick Lonis, and it will have the participation of triathlon runner Leonardo Chacón.

The cost to register in this one of a kind event is of $680.00 and inscriptions close October 28th

La Ruta, says Urbina, “is much more than a competition, is a journey of personal growth.”

Chris Case, managing director of VeloNews who completed the course in 2013, said it was “soul-sapping hard,” taking you across “laughably steep inclines” and “hysterically steeper descents”.

If you like to follow La Ruta, its hashtags are: #LaRuta #LaRuta2016  #NoEsUnQueque (Last one means: “It’s not a piece of cake”)

Are you into Mountain Bike? This might be the trip of your life! We do have the suppliers for a tour like this if you want to do it!

Costa Rica is such a magnificent place! And when you ride through it,  you cannot believe how beautiful some of the landscapes are! When you go, on your own and an incandescent blue morpho butterfly is fluttering in front of you, or monkeys are playing over your head, the feeling is just magnificent!

Such freedom, such beauty! Only riders can understand!

So! If you want to do it, please contact us, and we’ll make it happen for you and your group!