18 Unique Animals You Can Spot in Costa Rica 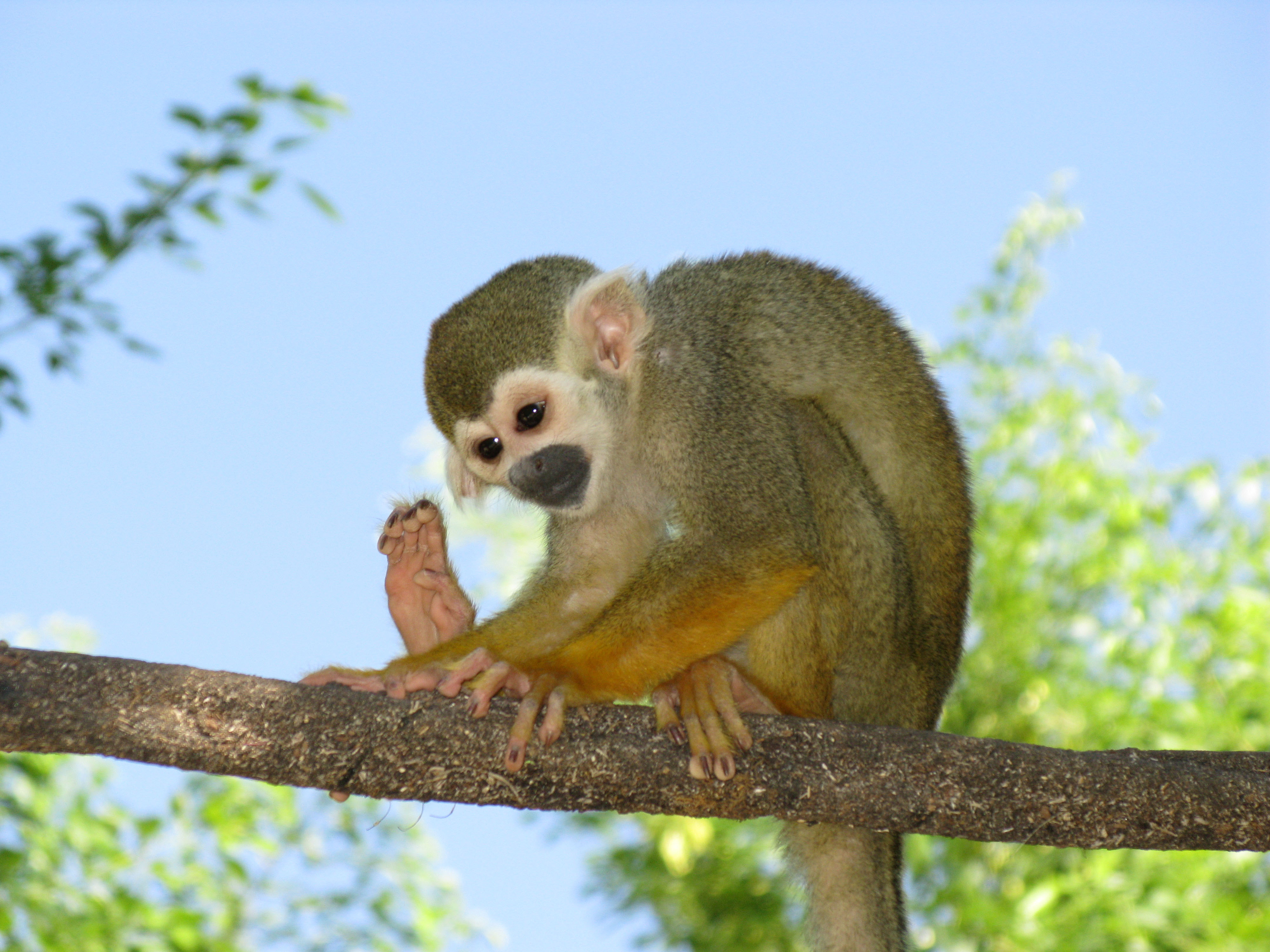 Costa Rica holds 6% of the world’s biodiversity, which is undoubtedly impressive for such a small country. The variety of fauna becomes decidedly tangible when it comes to birds, amphibians, and insects, making Costa Rica a global hub for biologists and nature photographers. If you want to be more prepared before your visit, here is a list of 13 unique animals you can spot in Costa Rica.

If you can’t spot them in the rainforest, don’t feel bad. These beautiful red frogs are incredibly small and easy to miss. Their bright colors warn predators to stay away. The local name comes from its blue tinted legs, making them seem as if they are wearing your favorite Levi’s.

Also known for its highly potent neurotoxin, this multi-colored frog is considered an endangered species due to the destruction of its habitat. As its name implies, it is commonly found in the South Pacific area of Costa Rica.

This is a unique species of salamander only found near Guapiles, Limón and threatened by habitat loss. You can recognize them by their sleek black body covered with white spots.

Birds You May Spot in Costa Rica

You can find this type of tinamou ground bird in the Carara National Park as well as the forests of Sarapiquí. There are several species of this bird, usually differentiated by their color and the area where they live. Some prefer the cloud forest while others are happy in the dry woods.

Of the more than 340 different types of hummingbirds in the world, you can find over 40 of them in Costa Rica. The Mangrove Hummingbird is endemic to this country and recognized by its bronze and green colored body. This bird is considered a threatened species. Their natural habitat is, of course, the mangrove.

You can spot this hummingbird in the middle elevations in the Caribbean and sometimes in areas of Guanacaste such as Tilarán. They are tiny and quick, so make sure to keep your eyes open and your camera ready.

These two birds are only found on Cocos Island in Costa Rica. The Flycatcher is a small grey bird while the Cocos Finch’s male species is entirely black and the female is a heavily streaked brown with a paler underside. It’s the most abundant land bird on Cocos Island. The Cocos Finch is one of the 14 species of Finches studied by Charles Darwin that is not native to the Galápagos Islands.

This type of bird is known for staying rather close to the ground. This species is endemic to the Osa Península and listed as an endangered bird.

Don’t be scared, these tiny rodents are not going to harm you. In fact, they are hard to spot and are all endemic to Costa Rica.

Also known as red-backed squirrel monkey, this monkey can be found in the Central and South Pacific area of Costa Rica. However, they have also been seen in Panama. It is estimated that the remaining population of this monkey is of only 1300-1800 individuals.

This is one of the largest monkeys you can spot. If you can’t see them, you will definitely hear them. Although this species is also being threatened by deforestation, researchers have found that its habit of eating large amounts of leaves and staying in limited spaces have allowed them to adapt better than other species.

These large mammals can be recognized by their small trunk and their almost pig-like shape. Though hard to find in the wild, lots of reservations and national parks are in the goal to protect this species.

There are actually three species of anteater that can be found in Costa Rica. These medium-sized animals are actually related to the sloth and armadillo. These elusive mammals feed on termites, ants, and bees and prefer to be left alone.

We know snakes might have a bad reputation but they are no less impressive. This snake is a venomous pit viper that is very common in the areas of Puntarenas. They are often spotted during the twilight and night hours. Only approach if you are being guided by an expert.

No, this reptile isn’t raising people from the dead or turning water to wine. Rather, this lizard can be seen running across the water! While it isn’t always walking on water, it is still fun to catch sight of this lizard, due to its bright green color and ornate ridges.

These giant beetles are also called Elephant beetles and can weigh between 18 and 28 grams. You may find these giant insects around Tortuguero, in the north of Costa Rica, or on Osa Peninsula, where there are low altitude rainforests.

You’ll be excited to catch sight of this bright metallic bug. Two different kinds of jewel scarabs live in Costa Rica: both silver and gold scarabs. When the light hits their metallic body from different angles, it makes these insects appear to be different colors.

You might have seen this bug without even knowing about it. The walking stick bug looks exactly like a stick, complete even with bark-like markings. These insects can be found in the tropical dry forest of Guanacaste.

There will always be a surprise when visiting Costa Rica!

Costa Rica is home to several endemic species, such as butterflies and an estimated 600 native plants. This bio-paradise is ready to welcome you and we hope you experience a once-in-a-life-time meet-and-greet with the animals listed above. Hopefully not with the Black-headed Bushmaster. For safety reasons. But feel free to try and spot the rest of these unique animals!

17 reasons to include Tortuguero in your holiday
October 10, 2017

What to put in your luggage when coming to Costa Rica?
August 1, 2017
Our Blog:
Go to Top