12 facts about sloths in Costa Rica… and everywhere else

So you want to see sloths in Costa Rica? When you are traveling to Tortuguero (Or Arenal, or Manuel Antonio… to mention a few) all of a sudden the driver stops, in the middle of nowhere. You look around and don’t know what’s going on… Up until the tour-guide points up, and you see this fur ball all the way up on a tree. Slowly moves its head and looks around. And you realize you are watching a sloth! 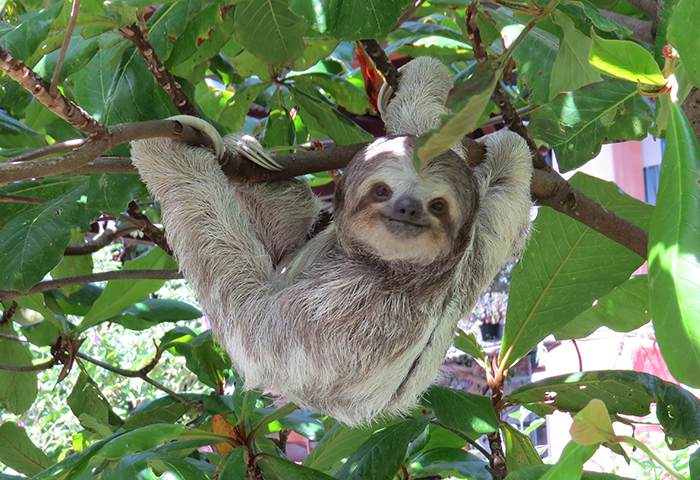 When the early scientists first described the sloths in the 1700s, they totally misinterpreted this fantastic animal. They described the slow-moving animals as lazy and useless and thought the species was unlikely to endure its imperfections. In recent years sloths have undergone an image makeover and are now promoted across the Internet as the most charming creatures on the planet.

Both reputations fail to give a full representation of this amazing animal. Here are some little-known sloth facts to help you make your own decision. 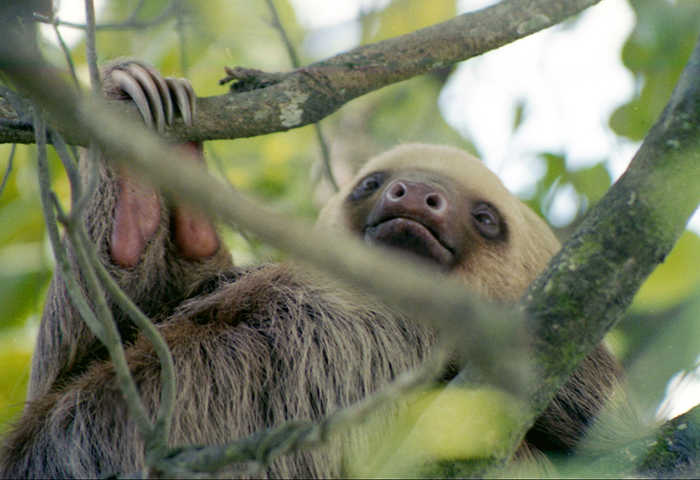 Though finding a wild sloth can be a challenge (they live in trees after all), sloths are actually among the best-adapted creatures in the rain forest. The mammals spend almost their entire lives in trees, which shields them from their natural predators, and biologists estimate that sloths make up more than half the total biomass of rain forests in Central and South America.

2) Sloths are sort of foul

They may have cute, piggy faces, but wild sloths aren’t the kind of creatures you would want to cuddle up with at night. A sloth’s fur actually works as an ecological community supporting colonies of moths and algae. Helping sloths blend in with the vegetation, the mammal’s own algae fields also serve as a food source.Yes! Sloths eat algae that develop out of their fur. Researchers now believe that sloths sustain these mini-ecosystems by fertilizing them with their own feces. 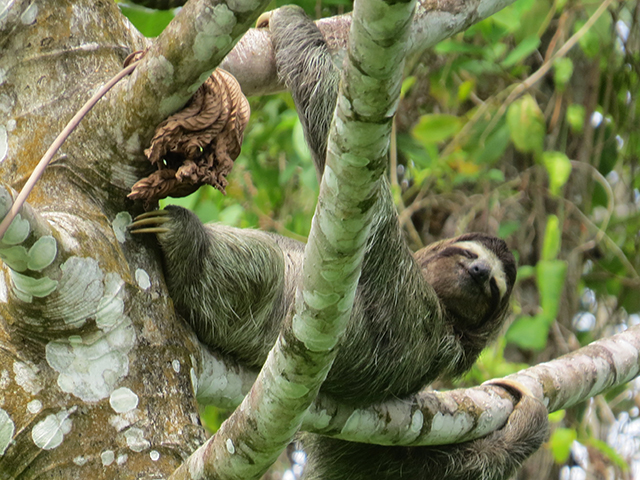 3) Sloths risk their lives to poop

Sloths have little reason to leave the safety of the rain forest canopy, but once a week the slow mammals sink to the base of their favorite tree in order to defecate. The exact reason why sloths make this dangerous journey is still a puzzle, but researchers think that it may help maintain the algae gardens in their fur.

4) Sloths can turn their heads almost all the way around

A sloth can turn its head up to 270 degrees, looking almost completely behind itself.

5) Sloths spend 90 percent of their time upside down

Equipping wild sloths with backpacks that track their movements, a researcher in Costa Rica recently determined that sloths spend almost all of their time invested. To handle the pull of gravity, sloths have evolved special fibrous adhesions that keep their organs from shifting.

6) Sloths do have predators

With the bugs, and the algae and the poop fertilizer, sloths may not sound very appetizing, but jungle cats and large birds of prey will eat them if they get the chance. Despite their slowness, sloths can be surprisingly resilient to predators.

Check out how long this sloth manages to ward off a Puma in this video. If you’re squeamish, stop before 4:40 when the Puma finally wins the battle.

They may be slow in the trees, but sloths can move up to three times faster in the water. You can actually see them in Tortuguero, if you are lucky, crossing the canals

8) Sloths’ metabolism is as slow as they are

It can take a sloth up to 30 days to digest one leaf. In order to avoid accidentally poisoning themselves, sloths never eat too many leaves from one tree.

9) The nasty fungus in sloth fur could cure cancer

Last year scientists took samples of fungus from sloth hairs and found that some were adept at fighting parasites, bacteria and even breast cancer cells. The study’s researchers believe potential life-saving drugs could come out of the study.

Though captive sloths have been known to sleep 15 to 20 hours a day, wild sloths will usually only snooze for 10 hours.

11) Sloths have a death grip, literally

With their long claws and strong muscles, sloths have a powerful grip. Their bodies are so conditioned to hanging from branches that dead sloths have been found still suspended from the branch they were climbing on.

12. Sloths are everywhere in Costa Rica

They live in the trees. Any tree, by the roads and in National Parks. Up until the 1960’s, there were sloths living in the old trees that existed in the Central Park os San Jose. So, you may be able to see them, just by coming to Costa Rica and getting on the road to any of the great destinations we offer! Ask our travel consultants.